The ever changing face of the Herdade do Pinheiro

From fields of wheat where red partridges roamed, there are now rice paddies, home to crayfish, frogs and other amphibians, a playground to the wild boar and the feeding grounds to hundreds of storks.

Somehow the storks know when the water will run off the rice paddies and they wait in a single line, as if at a self-service restaurant, waiting for the crayfish to be swept by. Migratory ducks, mostly mallards, also abundantly feed off the rice itself, sometimes amounting to over 10% of the years’ crop! 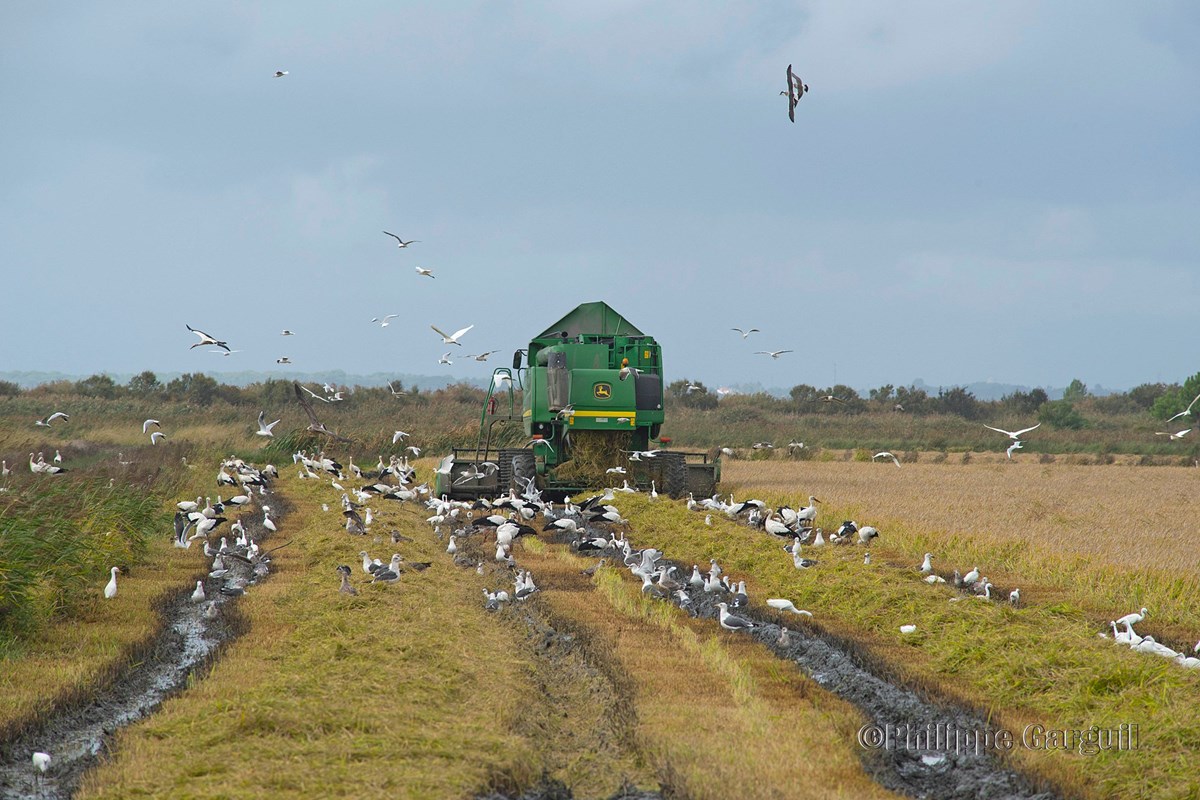 Hundreds of birds flying around the machine, seeking their opportunity for gobbling up the crayfish and amphibians The water comes mostly from 40Km away

Most of the rice is now sown and treated by tractors but sometimes small crop planes are still necessary - especially when planting is delayed due to weather conditions. The harvest is done with the same machines used for cereals except that to advance in the clay laden rice paddies the harvester is mounted on crawlers (caterpillars), like a military tank. At the time of the harvest it is quite a sight to see hundreds of birds flying at the back and around the big machine gobbling up the crayfish and amphibians as they are churned out of the mud.

The fresh water for the rice comes by a canal that crosses several properties. The water itself flows mostly from the “Pé do Alter” dam which is over 40 km away.

The UFO landing sites and the previous yearly battle

There are three pivots, irrigated crop circles of 25ha, 40ha and 70ha each. We jokingly call them our UFO landing sites as they resemble exactly that on Google Earth! Golden corn and a nightmarish yearly battle with the wild boar that would greedily help themselves, have given way to large harvests of carrots, onions and potatoes.

Pasture land is vital for the cattle and even for the health of the cork trees, the main production of the Herdade. A rotation of around 300ha is planted each year. Seeds, gramineous and leguminous, are carefully selected trying to find that delicate balance between the right food for the animals and the plants that will bring the best out of the cork trees.